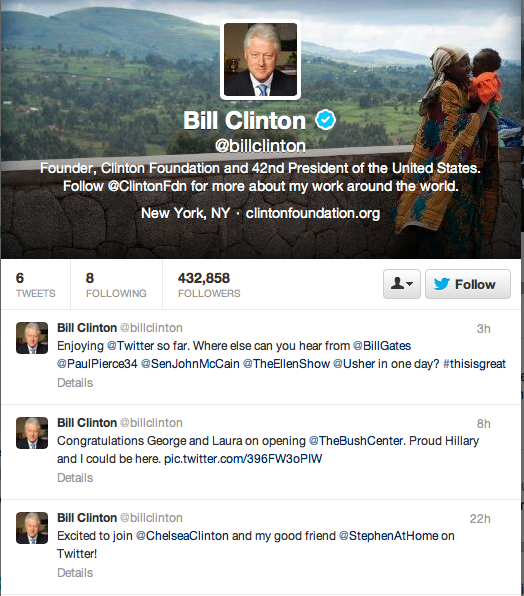 After some gentle nudging by friend and comedian Stephen Colbert, former President Bill Clinton is on Twitter, officially. Marked with the signature blue checkmark, President Clinton already has tweeted six times and has about 432,000 tweets. President Clinton had been urged to joined Twitter when he appeared on The Colbert Report. Colbert even went so far as to create an account with Bill Clinton, @PrezBillyJeff. That account was later shut down, but the tweet was transferred to his new account, @BillClinton. President Clinton, however, does have a special honor on the social networking site, he is the only person followed by Stephen Colbert.